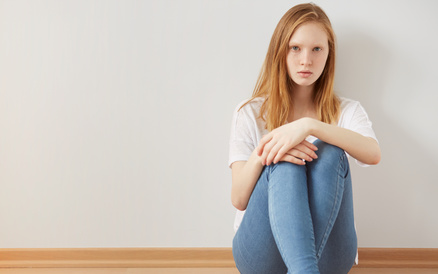 7 tips to cope with depression

Depression is a common mental health issue that is becoming increasingly common amongst the Britons. According to the independent newspaper, Britain was seventh place amongst countries with the highest rate of depression in 2017, with 10% of 25 to 64 year old been diagnosed with depression. Studies have found that women are more likely to be diagnosed with depression than men, at a rate of 29%, compared to 17% of men. As a result of this, one in four women will require treatment for depression, compared to one in ten men.

Many factors may contribute to these findings, such as gender differences, i.e. women’s triggers are more likely linked to hormone-related prognoses such as pregnancy, periods, childbirth and menopause and many more. In addition, women have different roles, whether this is in the home, motherhood, having a work balance while raising children and building a career. They generally invest more in relationships than men.

Some people have a perception that depression is a track matter, which is indeed not the case. Depression is an illness that needs serious medical attention, and an individual shouldn’t be treated as though they need ‘to get over it’ or ‘pull themselves together’. This illness is not a sign of weakness, nor something to be ashamed of. It’s important that you get support and treatment.

Some people believe that the symptoms of depression are the same for every case. This is a myth; it’s not accurate as everyone is different and although there is a general prognosis in diagnosing patients, which responses to depression in different ways based on many factors such as, medical history, substance abuse, etc.

7 tips to cope with depression

1. Seek help
Don’t feel ashamed or alone; speak to your GP so that they can support you with the right treatment and support (such as therapy or medical treatment).

2. Avoid isolation
Try and keep in touch with loved ones/friends that you trust. Talking to someone that you trust can very helpful as it prevents over thinking and so you don’t have to face your issues alone.

3. Don’t be hard on your self
Avoid trying to be hard on you, if you have a difficult or bad day. Postpone important decisions until you are feeling better.

4. Keep active
Having fresh air and being physically active helps you to feel better.

5. Peer/support group
There are many support groups within the borough; you could join a group that could help you with advice and experiences with those going similar experiences.

6. Set realistic goals
Having small and realistic goals can help you feel good and boost your self-confidence. This may include getting dressed or having healthy meals each day and having a routine.